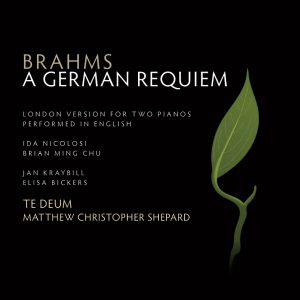 Te Deum has been selected as a semi-finalist for The American Prize in best Choral Performance (community division) for our recording of the Brahms German Requiem. It’s an honor to be included among great peer organizations!

This recording was released in 2017 and was Te Deum’s first album.

The American Prize is a series of nonprofit national competitions in the performing arts providing recognition for the best recorded performances by ensembles and individuals each year in the United States.