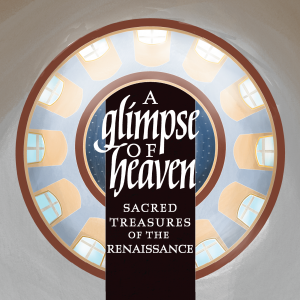 Tickets are on sale for A Glimpse of Heaven: Sacred Treasures of the Renaissance, Te Deum’s first concert of 2023 and its annual Antiqua series early music performance.

The highest aim for the Renaissance sacred composer was to give the listener a reprieve from daily strife, and offer a peace-filled glimpse of heavenly serenity.

Emerging from the 500-year-old repertoires of Italy, France, Germany, and England, a collection of works of sublime beauty have endured, offering the 21st century listener a peek at the celestial sliver for which the greatest composers sought.

The profound spirituality and compositional genius of the 16th century’s treasures will be celebrated in works by Tallis, Byrd, Palestrina, Lassus, Josquin, and more.