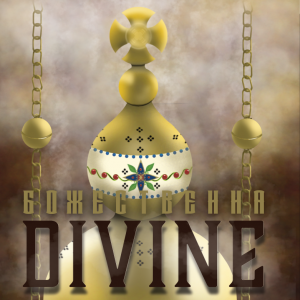 Te Deum presented sections of the Orthodox All-Night Vigil service and the Liturgy of St. John Chrysostom, integrating works of the most famous Orthodox composers. “Divine” offered a window into the solemnity of the faith, showcasing the beauty and depth of its spirituality, reinforced by the sounds, smells, and visual icons of the Orthodox Church.

Music of the Sistine Chapel

View the Music of the Sistine Chapel Program

Patrons were invited to travel with Te Deum to 16th-century Rome and experience a Renaissance era service of the Sistine Chapel, the Pope’s private space for prayer and worship. The concert featured Palestrina’s beloved Pope Marcellus Mass, motets of Josquin des Prez, and Gregorian chant.

View the Christmas Joy Program
Featuring Kirke Mechem’s “7 Joys of Christmas,” Te Deum’s Christmas concert celebrated the many Joys of the Christmas season, including the times that joy feels out of reach. The program explored themes of Love, Joy, Generosity, and Singing, with included works by Abbie Betinis, Samuel Barber, William Dawson and Kirke Mechem.

The Heart Cries Out

View The Heart Cries Out Program
As our community, country, and world was shaken to the core by a world-wide pandemic, all people have found themselves crying out. There have been cries of pain for the loss of a loved-one, cries of loneliness and hurt from isolation, and cries of gratefulness for help from a friend. The Heart Cries Out put music and poetry to these cries, featuring Bach’s Komm, Jesu, Komm, as the centerpiece, and a new commission from our composer-in-residence, James Eakin III, with a commissioned text by Charles Anthony Silvestri. 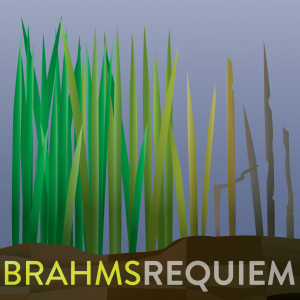 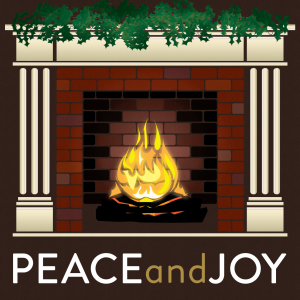 View Peace and Joy Program
Te Deum’s 3rd annual Christmas concert was designed to thoughtfully reflect on the warmth of the Holiday season. At Peace and Joy, audiences heard Te Deum like never before. This online livestream featured newly recorded music for 2020, and the concert was more intimate than ever as Te Deum divided into two 12-voice ensembles to rehearse and record new, meaningful pieces for the Christmas season. 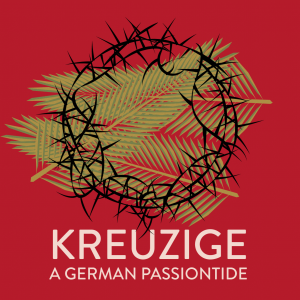 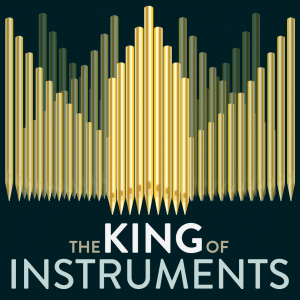 The King of Instruments

View King of Instruments Program
Featuring GRAMMY nominee Jan Kraybill on the organ and local gospel recording artist Isaac Cates, Te Deum’s final concert of the 13th season explored a broad range of repertoire for organ and choir. Hope was the central theme of King of Instruments, a theme mirrored in life as we anticipated the end of the pandemic. 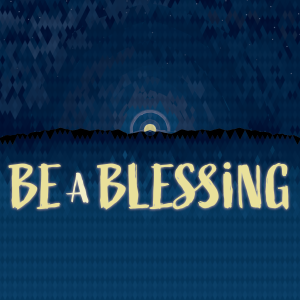 View Be a Blessing Program
“Be a Blessing” paired a Beatitude with a non-biblical text that illuminates the humanistic values of the scripture, inspiring listeners to be generous and caring citizens, regardless of faith background. The universality of goodness is demonstrated in ways that are inclusive and enlivening, with texts from Thoreau, British Philosopher Alasdair MacIntyre’s After Virtue, and even courtroom testimony. The primary work upon which the concert is set is contemporary British composer Patrick Hawes’ Beatitudes, written for choir and piano. 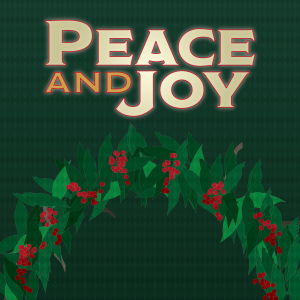 View Peace and Joy Program
Te Deum presented an exciting and engaging version of its now annual “Peace and Joy” concert. This season’s concerts focused on two of the season’s most important themes, music of peace and joy, and also gave special attention to local Kansas City composers. The concert featured world premieres by composers Ed Frazier Davis and Geoff Wilcken and the performance of one of the most virtuosic and grand choral pieces ever composed, Schoenberg’s Friede Auf Erden (Peace on Earth). 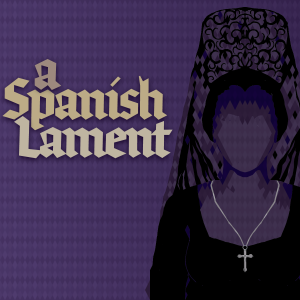 View A Spanish Lament Program
On the first Sunday in Lent, the solemn six weeks leading to Easter, Te Deum presented Victoria’s Maundy Thursday and Good Friday Lamentations in the beautiful acoustics and serene atmosphere of Our Lady of Sorrows. The chants woven throughout the concert were a special aspect of this performance. Te Deum brought in the world’s foremost expert on performing liturgical chant. Professor Eugene Liven d’Abelardo of the Netherlands. He was in residence for a week to coach our ensemble in Gregorian chant performance. 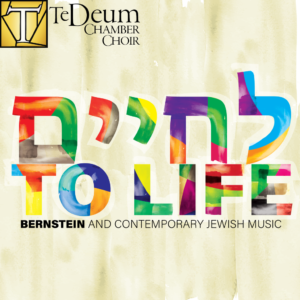 View To Life Program
Te Deum paid tribute to the centennial of legendary composer/conductor Leonard Bernstein with a presentation of “Chichester Psalms.” Two world premieres also were on the program. The first was a setting of text from the Torah by Kansas City composer Stewart Duncan, commissioned as a gift in memory of Carol Lynn Stockton, a longtime vocal music teacher and past Te Deum board member. The concert concluded with a setting of a Hebrew Benediction by New York-based composer Karen Siegel. Pieces by contemporary Jewish composers David Lang and Aaron Jay Kernis rounded out the program. 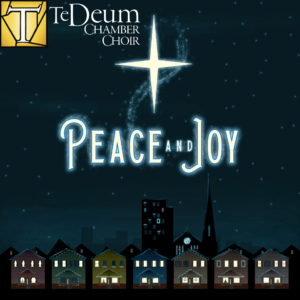 View Peace and Joy Program
This was Te Deum’s first Christmas-season concert – done Te Deum’s way. Audiences experienced a thoughtfully planned selection of a cappella gems that are fresh, festive and beyond the seasonal standards. The program included fresh settings of carols by Jocelyn Hagen, Susan LaBarr, and Sofia Sӧderberg, as well as works by Walton, Poulenc, Tavener, and Pӓrt. 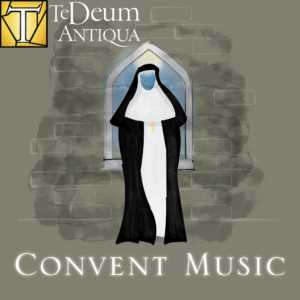 View Convent Music Program
In 17th century Italy, opportunities for women to sing in public were prohibited in many spheres of daily life. But within the inner walls of the convent, cloistered nuns could raise their voices in musical praise to their Maker. For this concert, the women of Te Deum Antiqua with Jan Kraybill playing continuo explored the music of these cloistered nuns and the sacred riches that came from this period. 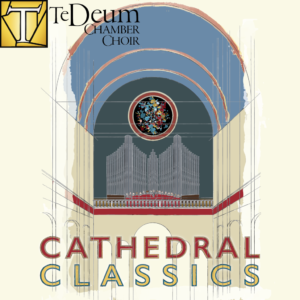 View Cathedral Classics Program
Te Deum wrapped up its 11th season with a program of some of the 20th century’s most notable composers. Focusing on familiar music designed for the warm of acoustics of the world’s greatest cathedral, the audience experienced a cappella classics by Byrd, Barber, Britten, Mendelssohn, Stanford, Rachmaninoff and more. 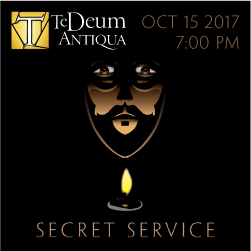 View Secret Service Program
It was against the law to be Catholic in Elizabethan England, so William Byrd composed Masses in secret. He composed a series of three Catholic Masses between 1592 and 1595, secretly presented in private homes to evade the possibility of imprisonment for treason. Byrd’s deeply personal and devout Masses represent a remarkable portrait of faith in a time of religious persecution. This concert featured Byrd’s evocative Mass for Five Voices, and included the proper motets and chants for a complete service. 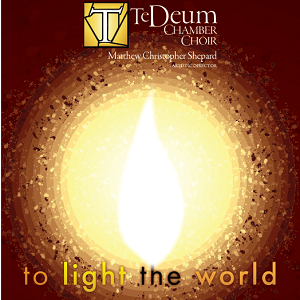 To Light the World

View To Light the World Program
Te Deum Chamber Choir put the exclamation point on its 10th season with a program that showcased wide-ranging repertoire for choir and organ. The program included William Walton’s The Twelve, James MacMillan’s Te Deum, and works by Tavener, Pärt, McDowell, and Dove. Concluding the concert was a commissioned piece by award-winning German composer Ingrid Stölzel, with a text written in celebration of Te Deum’s 10th season by Dr. Robert Bode. “To Light the World” introduced Kansas City audiences to organist and composer Kurt Knecht, who brings national acclaim for his composing, teaching, and organ playing. 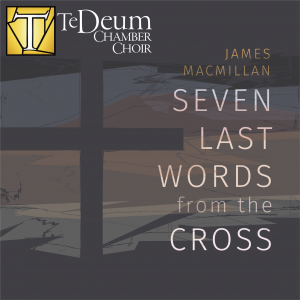 Seven Last Words from the Cross

View Seven Last Words Program
Te Deum Chamber Choir offered a choral reflection for the Lenten season with James MacMillan’s virtuosic masterpiece depicting the crucified Christ’s final utterances. Commissioned by BBC Television in 1994, it was first heard in seven nightly episodes broadcast for English audiences during that year’s Holy Week, and has been described by reviewers as “mesmerizing” and “deeply, deeply moving” with “an inexorable sense of the drama in the text.” “It is not easy,” one critic has noted, “but what riches there are for those who scale these heights!”